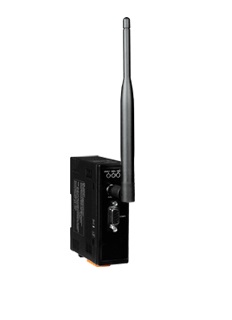 *** The ZB series has been phased out and replaced with the

The ZB-2550-T and ZB-2551-T series are small wireless ZigBee converters based on the IEEE 802.15.4 standard. The converters allow devices which have RS-485 / RS-232 interfaces to transfer and transmit the data to a ZigBee wireless network. Only one ZB-2550-T series (host) is allowed in a ZigBee network and is used to initialize and manage data transmission routes. The ZB- 2551-T series (slave) ZigBee router is responsible for transmitting / receiving data from its child / parent router or the host. ICP DAS ZigBee products are designed for low data rates. The main benefit of ICP DAS ZigBee products is that they can be used to define a generalpurpose, self-organizing mesh network, which can be highly advantageous for industrial control. The typical transmission range of the ICP DAS ZigBee ZB-2550-T/ZB-2551-T converter is 100m, and 700m for the ZB-2550-PA/ZB-2551-PA. 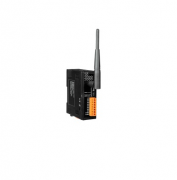